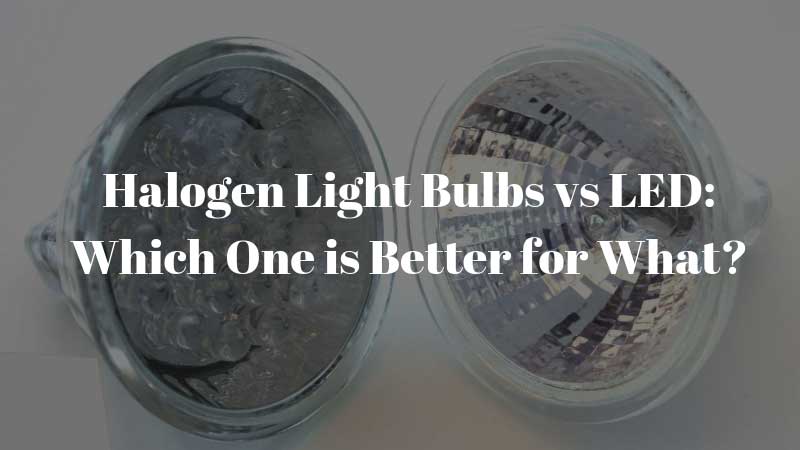 Halogen Light Bulbs vs LED: Which One is Better for What?

Electricity literally brings light to darkness, and that makes it one of the greatest inventions of humanity.

There are various types of bulbs, some more modern than others. Of these, the most modern are LED light bulbs. Halogen light bulbs are less modern and far less efficient.

Halogen light bulbs have a tungsten filament which is heated and made to glow by an electric current. This is similar to how incandescent light bulbs work. However, halogen bulbs are different because they also contain halogen gas and the filament is contained in a quartz casing not glass. 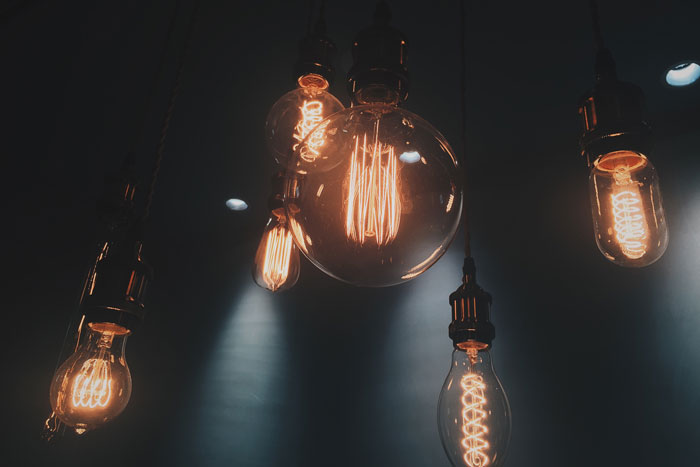 Halogen light bulbs were an improvement on incandescent light bulbs. They are mostly used in motor vehicles. However, modern LED bulbs have been slowly taking over the market.

LED stands for Light-Emitting Diodes. These bulbs are the best option because they are long-lasting and energy-efficient. They are the modern solution for home and commercial lighting and are available in a wide range of sizes, types, and with varying color light output. 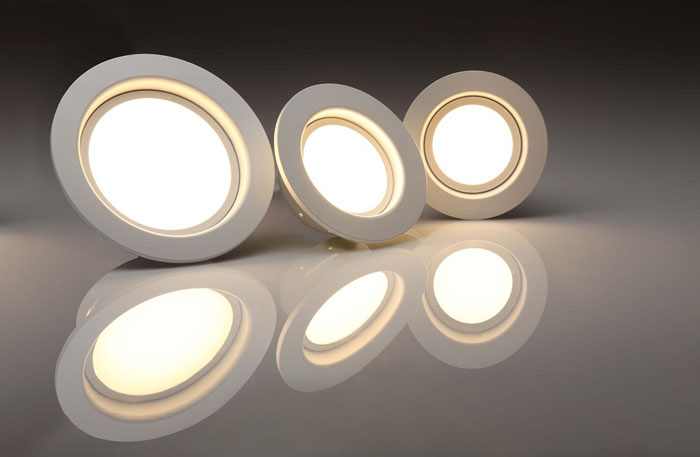 They operate in a completely different way from the old-fashioned incandescent bulbs and the halogen light bulbs. The mechanism involves a pair of semiconductors, one of which contains electrons and the other no electrons. A current is passed over the semiconductors, producing photons. It is the photons which give off light.

Halogen bulbs are an improvement over the traditional incandescent light bulbs and at 3600 hours can last three times the lifespan of a typical incandescent bulb.

On the other hand, LED bulbs are able to last much longer: up to 50,000 hours (13 times as long as halogen bulbs). They also consume far less energy. LED bulbs use 80% less energy to produce the same amount of light you get from an incandescent bulb (and 75% less than halogen).

Safety for Home Use

Halogen bulbs are used in cars. They are not as safe as LED to use in the home because of the high temperatures at which they operate. If touched, they can cause burns.

Furthermore, they are highly sensitive to skin oils, which means that when touched they are at a a high risk of malfunctioning or bursting. That is because the oil on your skin when left on the bulb heats up when the bulb is activated and can cause the bulb to rupture.

In addition, due to the high temperature, Halogen light bulbs do not function well in cold environments. 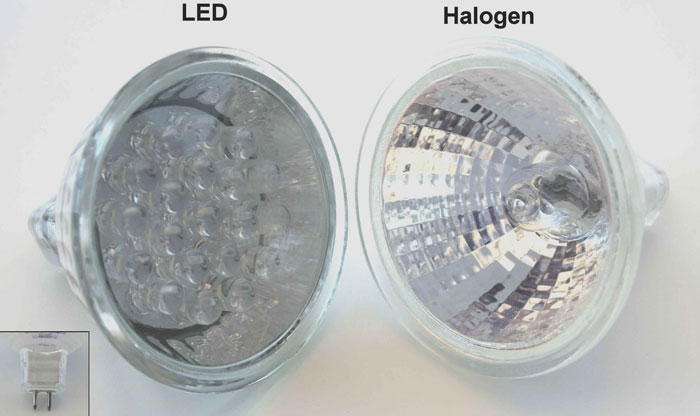 In contrast, LED light bulbs are cooler, much more so, and this contributes to their impressive longevity. Furthermore, unlike their halogen counterparts, LED bulbs are able to function well even in cold temperatures.

In addition, LED light bulbs do not contain mercury or any harmful gases and toxins.

Among all the lighting technologies, power consumption is lowest in LED light bulbs. They have 75% less consumption than halogen light bulbs and 80% less than incandescent bulbs.

Halogen bulbs produce a significant amount of ultraviolet (UV) and infrared (IR) radiation, and this can damage artwork and fabrics.

On the other hand, LED bulbs produced little or no UV and IR radiation – except in the case of specifically IR or UV LEDs,

However, as we have noted, LED bulbs consume far less energy, and that means there are more cost-effective than halogen light bulbs over time.

Halogen light bulbs are most commonly used as BR, AR, PAR, and MR spotlight or flood light bulbs. They are also used in emergency lights, and for warming and brooding eggs.

LED bulbs can be used in the home. They have different color temperatures, some of which cast a gentle and warm glow which is good for the bedroom.

Due to their low power consumption, LEDs are considered excellent alternatives for solar-powered systems.

Comparison between LED and Halogen Lights

1. What is Better LED or Halogen Lights?

5. Is it Worth Replacing Halogen with LED?

LED light bulbs are usually preferred over halogen lights because they last 10 times longer and consume up to 85% less energy. It means that you can save over 300 bucks each year on your electricity bills when you choose LED lights over halogen bulbs.

Clearly, LED lights are more efficient and safer than halogen light bulbs, consume less electricity, and emit less IR and UV rays. However, halogen bulbs do have their rightful applications such as in vehicle flood lights and in emergency lights.

Halogen light bulbs are more appropriate in high temperatures and to cover a significant area using small equipment. They are better than LEDs for lighting large farming fields or playgrounds.