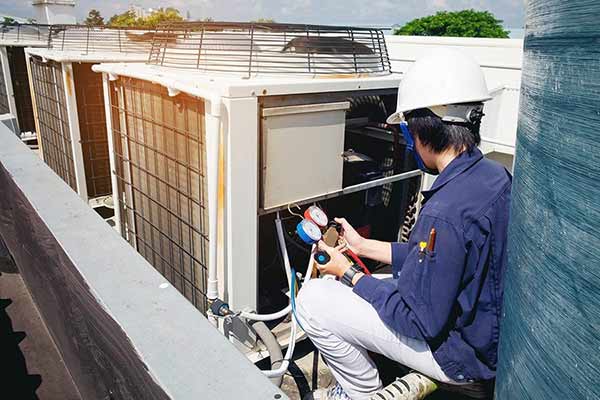 HVAC systems are constantly praised for their ability to keep the environment of a home safe and clean. However, there are many instances where the HVAC system has not delivered proper satisfaction and even caused users a number of mishaps.

With the endless promotions for HVAC system installments, its negatives tend to get swept under the rug. So, in this article, we'll be discussing the 5 most frequently reported HVAC problems to truly determine the efficacy of the system.

If you're experiencing issues with your HVAC system that you can't put a name on or are considering installing one into your home, you'll find the following info very useful.

Whether water leaks or irregular heating or cooling, the HVAC system definitely has flaws that can be hard to look over.

While some issues are easier to fix than the others, the average user of this system has reported at least one of these 5 problems with it –

Many users have reported their heat pumps blowing out cool air when it's actually supposed to be in heating mode. This can be a rise to a series of problems. For one, it will be a massive inconvenience during cold weather. Worst case scenario, it can indicate a whole system failure.

However, it can be likely that the heat pump is simply in defrost mode. As it is basically an air conditioner but with reversed function, it produces both warm and cool air during its stages of the condensation and compression cycle.

If this isn't the case, and the heat pump continues to blow cold air on heating mode, it means the problem is internal. There could be something wrong with the unit, such as leaking refrigerant lines or a faulty reversing valve, which would require a professional to look at.

HVAC Running Constantly Without Shutting Off

Users have also put in reports of a running HVAC system showing complete unresponsiveness. This may be the trickiest issue, as the root of the cause has a number of different possibilities.

The most common reason behind this problem is a clogged air filter. With poor maintenance, large amounts of dust and debris can build up, causing the air conditioner to malfunction. Therefore, the system isn't able to remove humidity or pass air over the coils, making it operate when it shouldn't.

These coils in the system can also get frozen over or dirty, causing the unit to malfunction. The build-up of dirt due to improper cleaning and ice formation causes the evaporator coils to lose efficacy.

If the HVAC system still isn't working at all, it's most likely due to a malfunctioning thermostat. Most of the time with present-day programmed thermostats, the system fails to operate after the batteries die. Check the thermostat's screen, and if it's blank, you need to replace the batteries.

When these problems still persist, the thermostat may need to be changed, or the system needs a thorough cleaning. So, it's best to get your system serviced by professionals right away. 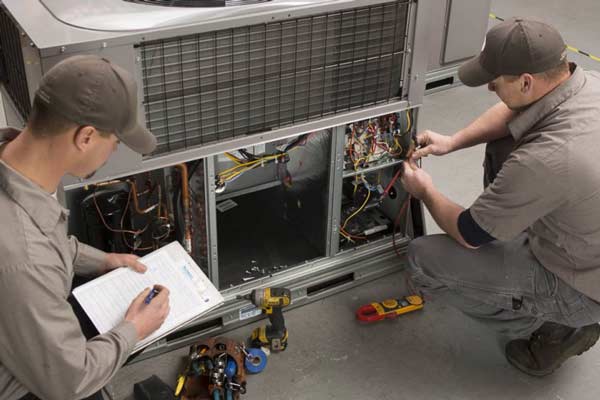 You may also Read: Best HVAC UV Lights on the market .

Water leaks are the most common type of issue with an HVAC system. It can even be experienced using just an air conditioner or even a high-efficiency furnace. However, in this system, leaky ducts can be hazardous as cool air escapes through them.

These ducts, or drain pipes, ensure that water leaves the system orderly and without causing an issue. If they become clogged, the joints come undone or are just damaged, the water seeps out into what we see as water leakages.

Pouring bleach down these drain pipes and ducts regularly can help keep a clean passage for the water to flow into. However, the collector box, evaporator drain pan, or heat exchanger can also be some possible reasons for a water leakage. So, to make sure the issue is resolved properly, contact a professional experienced in repairing HVAC drain pipes. 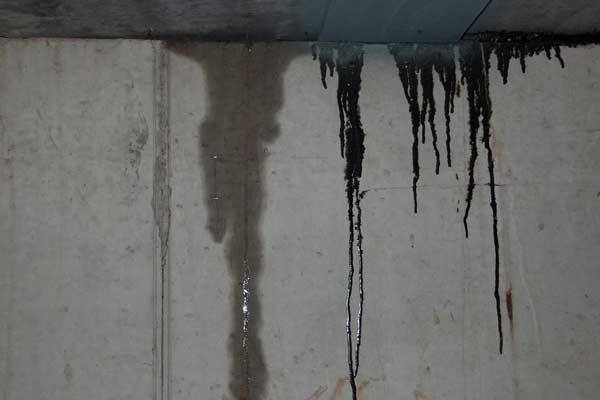 Hearing a couple of whirs or bumps from your system is normal, as all machinery can make slight noise from time to time. But, users have experienced continuous sounds of a squeaky or humming motor, which is a sign of a mechanical issue.

A noisy motor might indicate that the blower motor or inducer bearings are deteriorating. This can lead to a furnace failure, so it has to be avoided by replacing the faulty motor as soon as possible.

Airflow problems or unclean burners might produce certain sounds too. Whatever the case may be, these signals should not be ignored since they might be a rise to bigger issues.

If the sounds you hear are clicking noises, then it's most probably the thermostat and not exactly the motor. You can hear a click loud and clear when the thermostat is "communicating" with the capacitors during the activation process. When this sound continues constantly, it could mean that there is a faulty relay, which causes the system to timeout and fail to start up.

In the outdoor units, some noises can mean the build-up of small debris. This can be twigs, insects, leaves, etc. Usually, this can be resolved by servicing your system.

After HVAC unresponsiveness, poor or slow airflow is another issue with a number of different causes. Often when your HVAC units are showing weak airflow, it has to do with the thermostat. With a malfunctioning thermostat or a thermostat with dead batteries, reduced airflow is the first indication.

However, if the thermostat shows no signs of error, the root of the problem can be deeper.

One possibility is slow fans within the units. An HVAC system has multiple blower fans that help air to flow through the ducts and vents of the units and into and/or out of your home.

If the blower motor loses momentum or just becomes weaker, it affects these fans from moving air properly. These fans can even collect grime and debris, which slow them down as well. 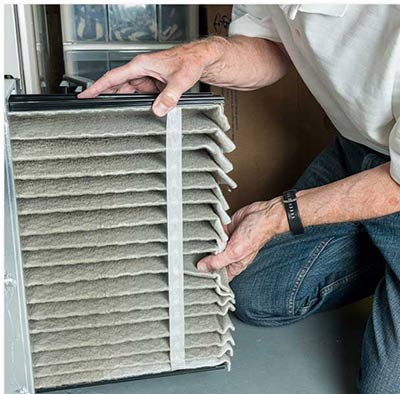 When it's not due to the thermostat or the fans, it could usually mean something more internal, such as the condenser coils. These coils take the heat from your home and release it outdoors. This means it is part of the outdoor unit and is exposed to the debris and dust collecting in the vents and/or ducts.

This results in dirty coils, which now have to work harder to release heat, ultimately causing damage to the entire system and producing slow airflow. For such reasons, it is recommended to get your system serviced at least twice a year.

What Are The Most Common HVAC Problems?

What is HVAC Failure?

HVAC failure is when the units become unresponsive or malfunction. This can be due to a number of reasons, but it's most likely because of poor maintenance or irregular servicing of the system.

What Are The Different Types of HVAC Systems?

HVAC systems are divided into four different systems. Split systems, duct-free systems, packaged heating, and air systems, and hybrid systems are all among the different options for HVAC. Each of these systems has their own set of advantages and disadvantages, so it's best to take time to understand them before settling on one.

How Do HVAC Capacitors Work?

HVAC capacitors store electrons that supply start-up energy for the air conditioning unit of your system. They build up the charge by switching elections between two conducting plates inside as electricity passes through them.

How Do I know If My Furnace Has AC Wire?

It's simple to know if your system already has a c-wire attached to it. All you have to do is remove your present thermostat face from its base plate and search for the terminal with the letter C. You have an active "c-wire" if this terminal has a wire attached to it.

And that's all for the 5 most frequently reported HVAC problems. Hope we've properly equipped you with all the info you need to choose a system for your home or compare issues with your already installed system.